Pitt hasn’t fared too well in big home games over the years. In fact, not in big games at all. By our crude records, Pitt is 4-11 in big games under Head Coach Pat Narduzzi and has lost a whopping 41 times since 1983 to teams the Panthers were favored to win. A big game being defined as a rivalry game or to an opponent ranked in the top 15. 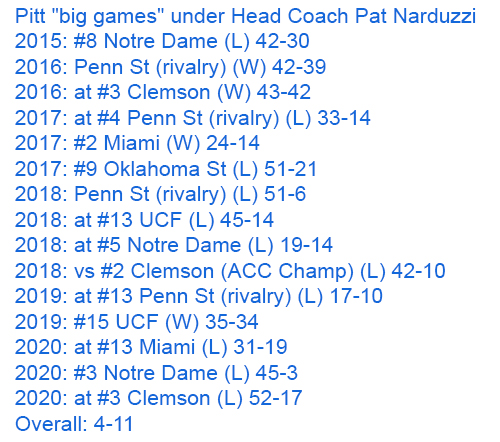 Since 1983, the Panthers have lost 6 times at home when ranked above their opponent. 41 times (including bowl games) in which Pitt was listed as favorites by the odds makers since that year. 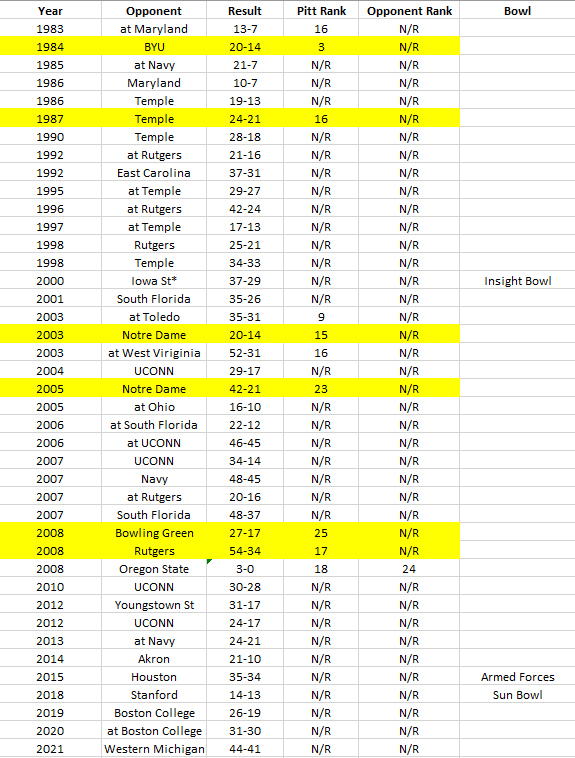 In sum, Pitt’s track record on this matter isn’t very good. Whether its been Pat Narduzzi or any other coach since 1983.

This weekend, Pitt has a chance to gain a bit of revenge when Clemson comes to Pittsburgh for the first time ever.

Pitt is 2-2 all-time against the Tigers but has lost the past 2 meetings. In 2018, Pitt got trounced 42-10 in the ACC Championship game in Charlotte and last year by the aforementioned 52-17 score at Clemson.

It doesn’t mean a