After a tumultuous offseason that had nothing to do with football, the Pitt Panthers begin their 2020 season this weekend against Austin Peay out of Clarksville, Tennessee. Realistically, we should all just be grateful that we even get Pitt football this Fall, unlike a certain in-state rival. We should all also be hoping that the season is able to be played relatively safely for the players, staff, and other football operations personnel. There will also be an ever-present looming specter of postponements, outbreaks, players opting out, and of the season not even being completed. All of these factors that should be at the forefront of our minds as we begin a college football season unlike any other in living memory. However, at the end of the day we’re all Pitt fans. Regardless of what else is going on, it’s natural to want the Panthers to go out and win as many games as possible. In service of that, there’s no shame in wondering, is the offense going to be any better this season? College football can be very unpredictable. This will particularly be the case this season. However, there are several factors that point to a high probability of at least a modest increase in offensive production.

For as good as Pitt’s defense was last year, it’s offense was just as bad. If not worse. Though Kenny Pickett had over 3,000 yards passing (3,098) that number was mostly due to the pass-heavy offense utilized. That reveals itself when looking at Pickett’s pedestrian 6.6 yards per attempt figure. Among 101 qualified passers in the country (14 attempts/game, 75% of school games played), that ranks 87th. For the offense as a whole, Pitt had 380.9 yards per game and 5.2 yards per play. Those stats rank 87th and 102nd out of the 130 FBS teams. Unsurprisingly, the run game was even more anemic with 119.2 rushing yards per game (118th) and 3.5 rushing yards per play (119th). At the end of the day all that matters is how much the Panthers scored. Unfortunately there’s little good news in that area as Pitt’s 21.2 points per game ranked 113th in the country.

The good news is that there’s not much room for the Pitt offense to go down even further from the moribund performances of 2019. However Pitt can’t lean on their defense as they did last year if they expect to take a step forward. Especially given the more difficult 10-game conference schedule and the elimination of divisions for this season. Pitt will need a sizable offensive improvement if they are to have a chance at finishing in the Top 2 of the ACC. Luckily an increase in offensive production can be expected based on stability at Quarterback and Offensive Coordinator, stability throughout the whole offense, and a likely regression in factors that Pitt was unlucky in last year (Drops, Turnovers, Penalties). When you consider all of these facts, you can see why I’m bullish on the Pitt offense to see at least some improvement this season. 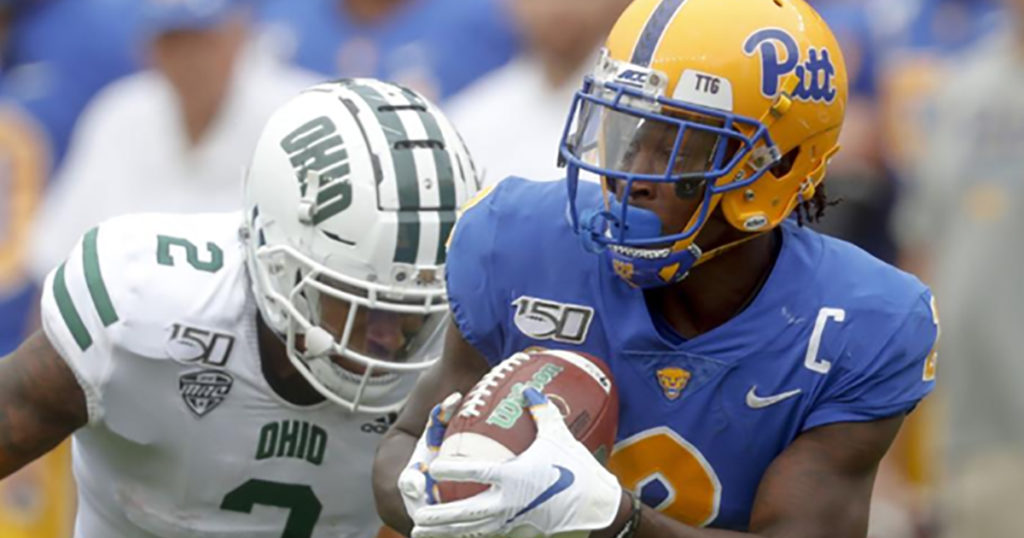 Let’s take a look at the consistency at Quarterback and Offensive Coordinator. Though football is obviously a team game in every sense of the word, these are the two most visible individuals that impact the offense. Pitt is in a somewhat rare position in the college game where they have the Offensive Coordinator and the primary starter from the previous season both returning. Over the past 10 seasons, there have been 650 individual team seasons among the current Power 5 teams. That number is reached by multiplying the 65 Power 5 teams plus Notre Dame by the 10 seasons each had during the 2010’s. Having the same Offensive Coordinator/Quarterback tandem has only happened 52 times, or 8% of the time, by my count. Additionally, Pitt has never had a team included in those 52 instances. You have to go all the way back to 2006 when Pitt was in this situation. That year they had the same setup as the current outfit, with a Senior Quarterback entering his 3rd season as the primary starter