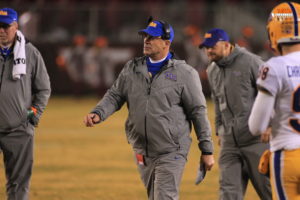 Head Coach Pat Narduzzi along with his lead recruiter Chris Beatty are winning some big recruiting battles in his home state of Virginia.

This Pitt football team is starting to look very good. Let’s see how it translates to the field.

The Fitzgerald Fanatic can be followed on Twitter @jonjackson64 for more Pitt Football and Basketball recruiting news.