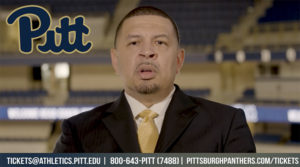 University of Illinois swingman, Alan Griffin, has entered the NCAA transfer portal. Griffin, a Sophomore guard, is a talented outside shooter with the Fightin’ Illini. Jeff Capel, and the Pitt Staff, didn’t waste anytime reaching out to Griffin.

Other top programs have reached out to Griffin. Maryland, Texas Tech, Dayton, Marquette, Georgia, Nebraska, St. Louis and Colorado State have contacted him to play for there schools.

Griffin would have to sit out the upcoming 2020-21 season and would have two seasons of eligibility remaining. Barring a waiver from the NCAA.

Griffin’s shooting ability from 3-point range last season, off the bench, are why teams are lining up for his services. Griffin connected on 41% of his attempts last year. That’s much better than what Pitt’s Guards shot. An area Pitt needs to improve in. Overall Griffin averaged 9pts and 5rebs off the bench.

Pitt has a connection to Griffin, albeit a slight one, he and Pitt Assistant Coach Tim O’Toole both graduated from Stepinac High School.

DreamBackfield.com will keep you posted on this development. You can also follow me, The Fitzgerald Fanatic, on Twitter @jonjackson64.