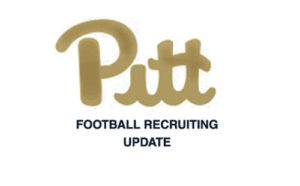 Recently offered 2016 ATH, Jacob Morgenstern (6’3” 210 lbs.) was not short for words on complementing Pitt and the new coaching staff. Morgenstern, a native of New Canaan, Connecticut, is being recruited by different schools to play numerous positions at the collegiate level but the Panthers think he has what it takes to play Tight End.

“Pitt is my first offer at Tight End. Some schools have shown interest at Tight End but Pitt sees me putting on weight and becoming a receiving Tight End,” stated Morgenstern. He states that his route running is what the coaches like but Morgenstern thinks another trait of his is sometimes overlooked. “My agility is kind of looked off for a guy my size. I can move in and out and I can find open spots. It gives me an edge.”

When he received the offer, needless to say Morgenstern was elated. “I just thought to myself, wow this is huge. This is ACC football and it’s Pitt. Pitt is no joke. They put people in the NFL. They’re just the complete package.” He made sure to mention that he is aware of former Pitt greats and now NFL greats: Darrelle Revis, LeSean McCoy and Larry Fitzgerald (you may have heard of them). He later went on to state, “I look forward to keeping it rolling and building a relationship with Coach Salem and the rest of the coaches.”

Morgenstern, who happens to be a good baseball player as well, is even looking at the possibility of playing baseball in college too. “I’ve always been told to not limit your options and that it could help me one day. I’d like to do it big in all sports.”

His offers include: Boston College, Buffalo, Pitt, Syracuse, Temple, UCONN and Yale. Other interested schools are: Maryland, Northwestern, Penn State and Rutgers. Not to mention a few Ivy and Patriot League schools like Dartmouth, Harvard, Princeton and UPENN. Morgenstern, who wants to major in business or sports medicine, says he takes his grades very serious. He also says, “My GPA is first and foremost. Football is just a game. I need somewhere to go after.”

Being that he can excel at multiple positions on the field, Morganstern says that he is being looked at on both sides of the football. “Some bigger programs like Penn State, Syracuse and Boston College like me at Linebacker. Northwestern likes me as a Tight End/H-Back and the Ivy and Patriot League schools like me at Receiver or Safety along with UCONN.”

Going forward, Morgenstern is visiting either Boston College or Maryland this week after spending some time at UPENN this past weekend. The following weekend, he will likely visit either Princeton or Yale. Then, he plans to focus on baseball season and hopes to make visits during spring break and the summer.

As far as an order or a favorite, it is way too early in the process for Morganstern. He says, “It’s tough to put one school at the top right now. I would say that Pitt is absolutely top five, I haven’t gotten to see all the campuses or meet all the coaches but I want to get a feel of the school and see if that’s where I could see myself for another four years.”