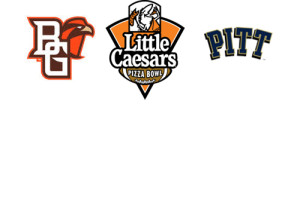 The Pitt 2013 football season will last one more game as the Panthers have announced they have accepted a bid to play Bowling Green in the Little Caesars Pizza Bowl at Ford Field in Detroit, MI on 12/26.

The Falcons (10-3 overall, 7-1 in the MAC), meanwhile, are fresh off their MAC Championship 47-27 blow-out win against Northern Illinois and are 4-6 all-time in bowl games.

Pitt will also get the much-needed 15 extra practices as their reward for their bowl appearance.

The game will be televised on ESPN at 6pm EST.